Insert your images or 360° videos in your application, whether it's panoramas or virtual tours of your museum or your company. Control the movement with the gyroscope, add markers and create actions with other objects of your application.

Click on Components and insert the 360° component
In the Properties window, select your 360° image/video. Choose to activate or not the gyroscope and the automatic playback.
If it is a 360° video, activate the 360° Video button.
Double-click on the component area to display its content. 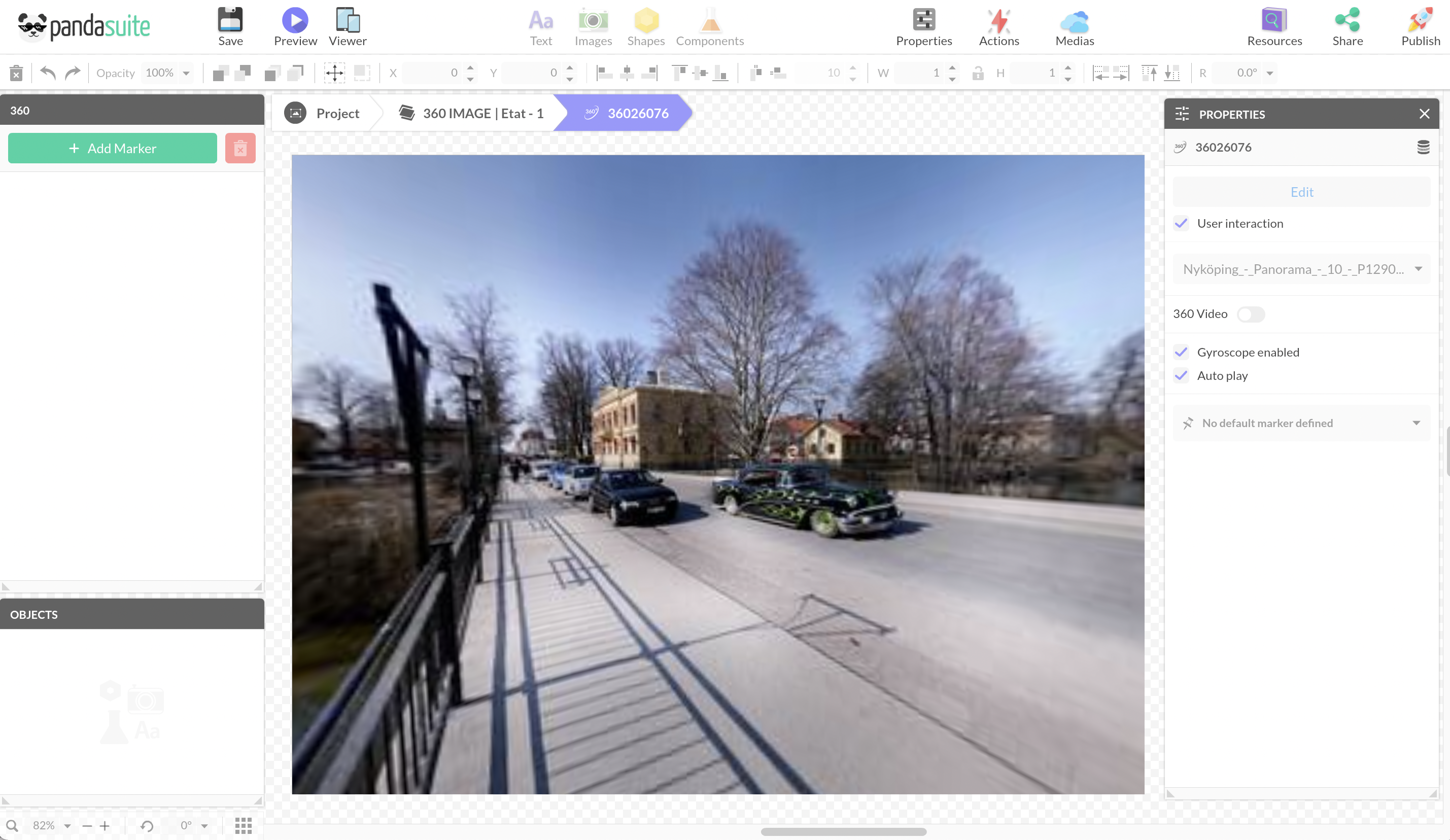 Trigger an event based on 360 ° image/video

Open the Actions window.
Here is the list of available triggers:

If you have created one or more markers, they will appear at the top of the list. 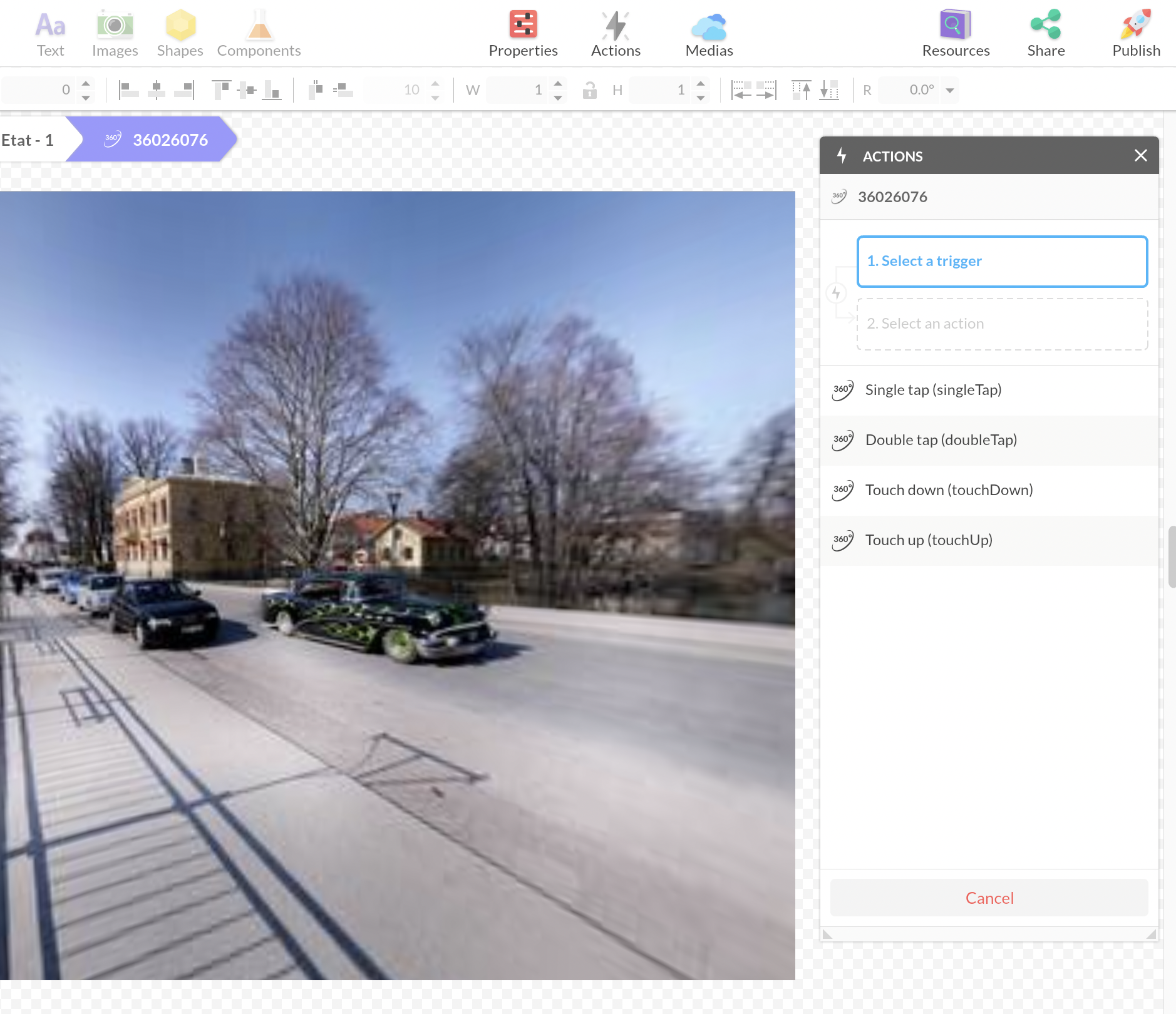 Interact with a 360° image/video

Select a trigger and choose the Interact with a component > 360° action.
Here is the list of available actions: 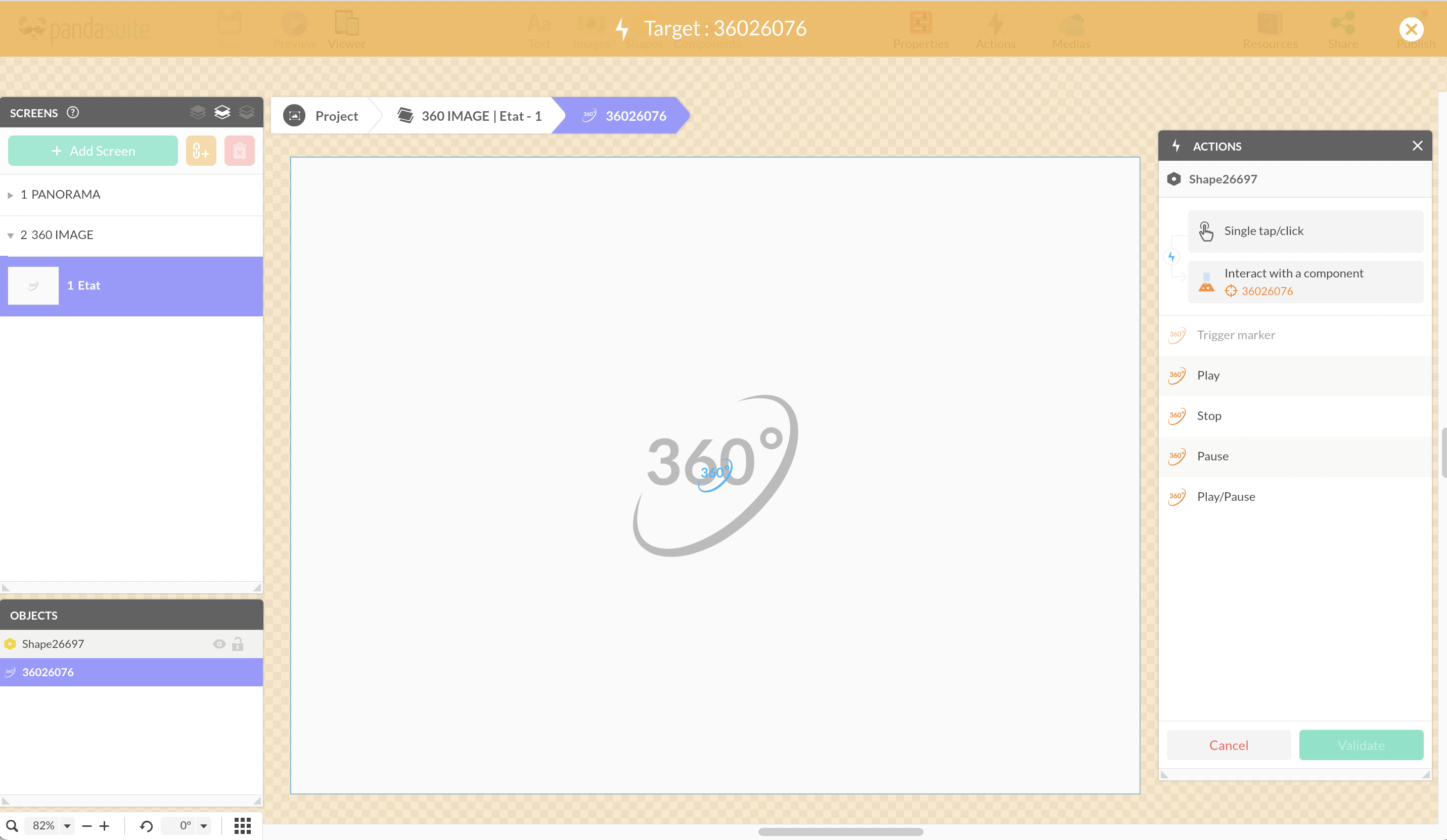