Drag & drop allows to drag (with the finger or the mouse) an object to a container while keeping it selected. This is a classic interface feature, and it is widely used for games (puzzle, quiz...) or for product configurators.

To create a drag & drop, you need an object that moves (the moveable) and a container (the drop zone). With the Drag & Drop component, you can create your moveable, define a drop zone and create drag & drop related actions.

Click on Components and add the Drag & Drop.  Double-click on the component to insert the visual element inside that will be moveable (for example an image).

In the properties, enable the option Moveable. An object can be both draggable and a drop zone. 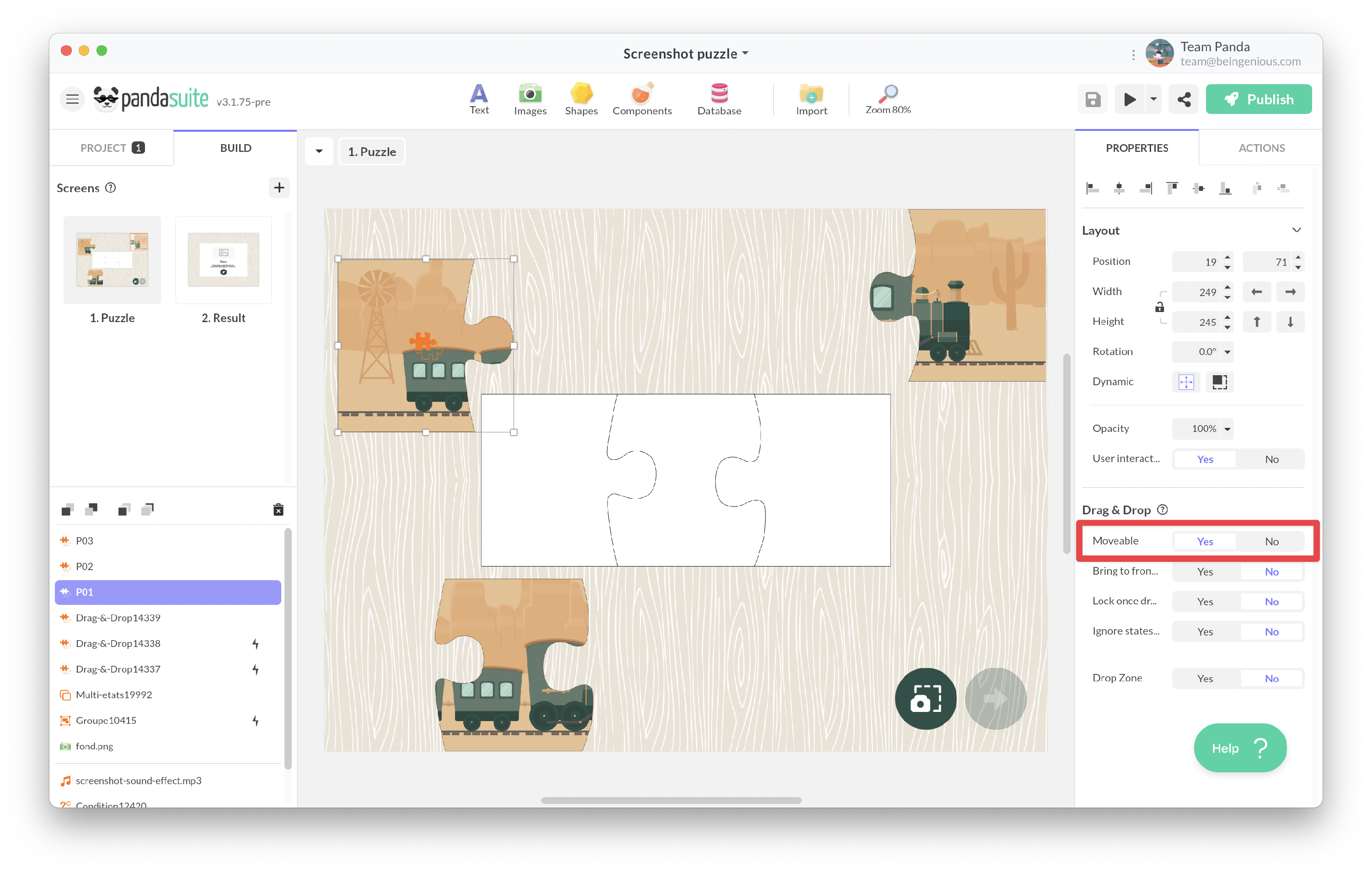 You have several options:

Add a new component Drag & Drop. It can be empty.

In the properties, enable Drop Zone. 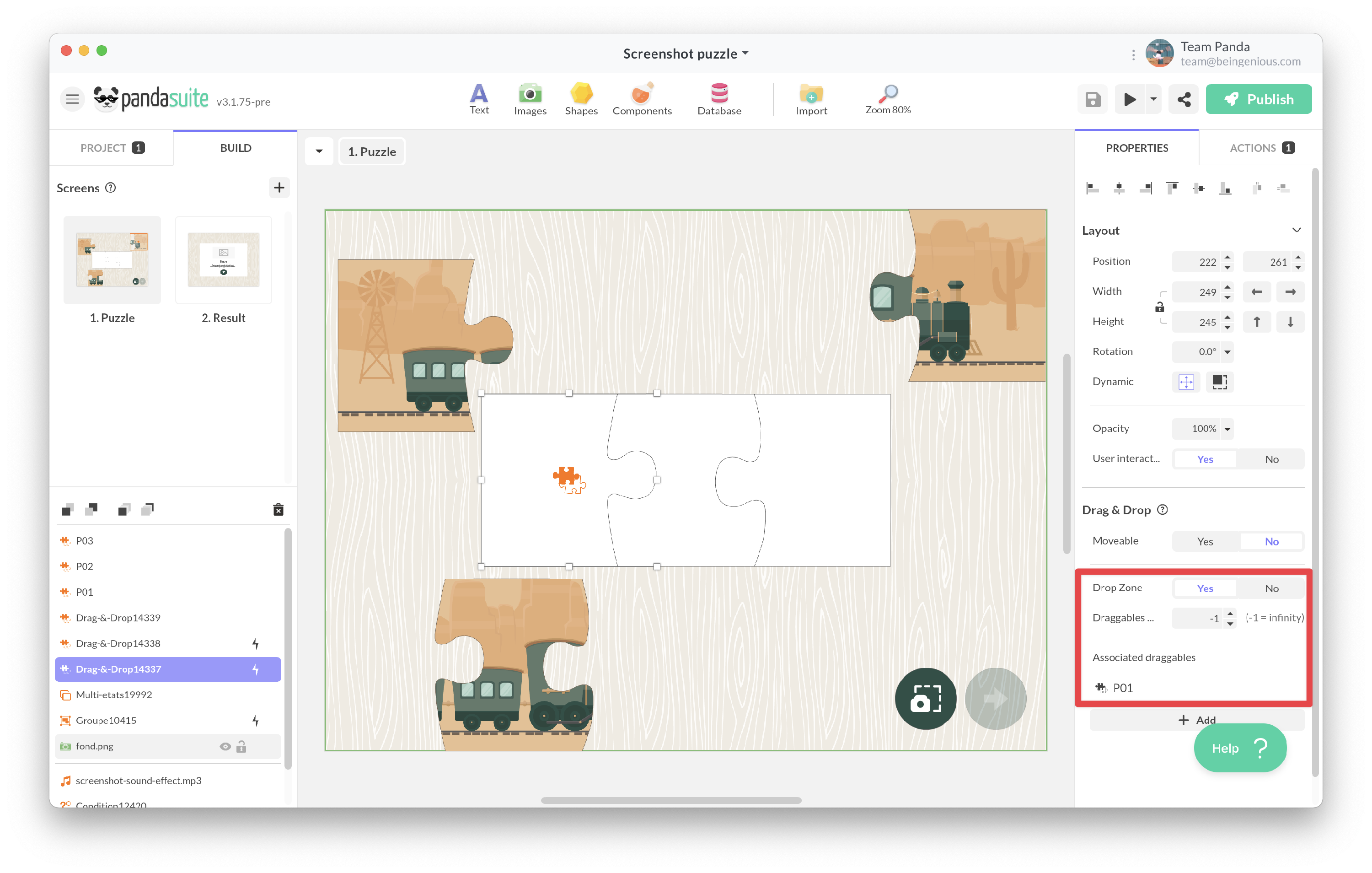 Trigger an action when dragging

You can trigger an action when dragging a draggable object.

Select this object and add an action.

In the list of triggers, there are two specific triggers: 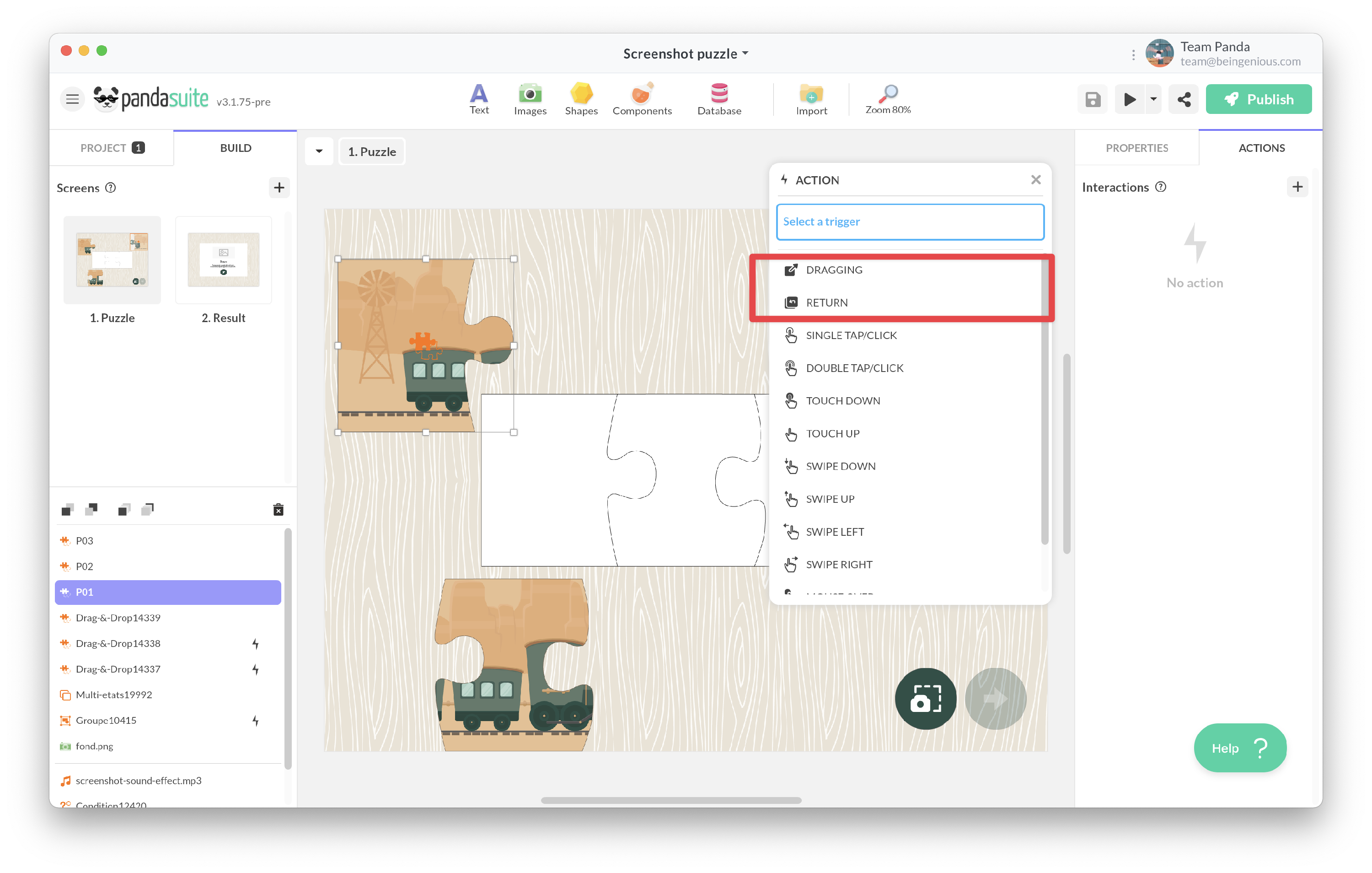 Trigger an action after dropping

To create drop-off related actions, select your drop zone and you have access to new triggers: 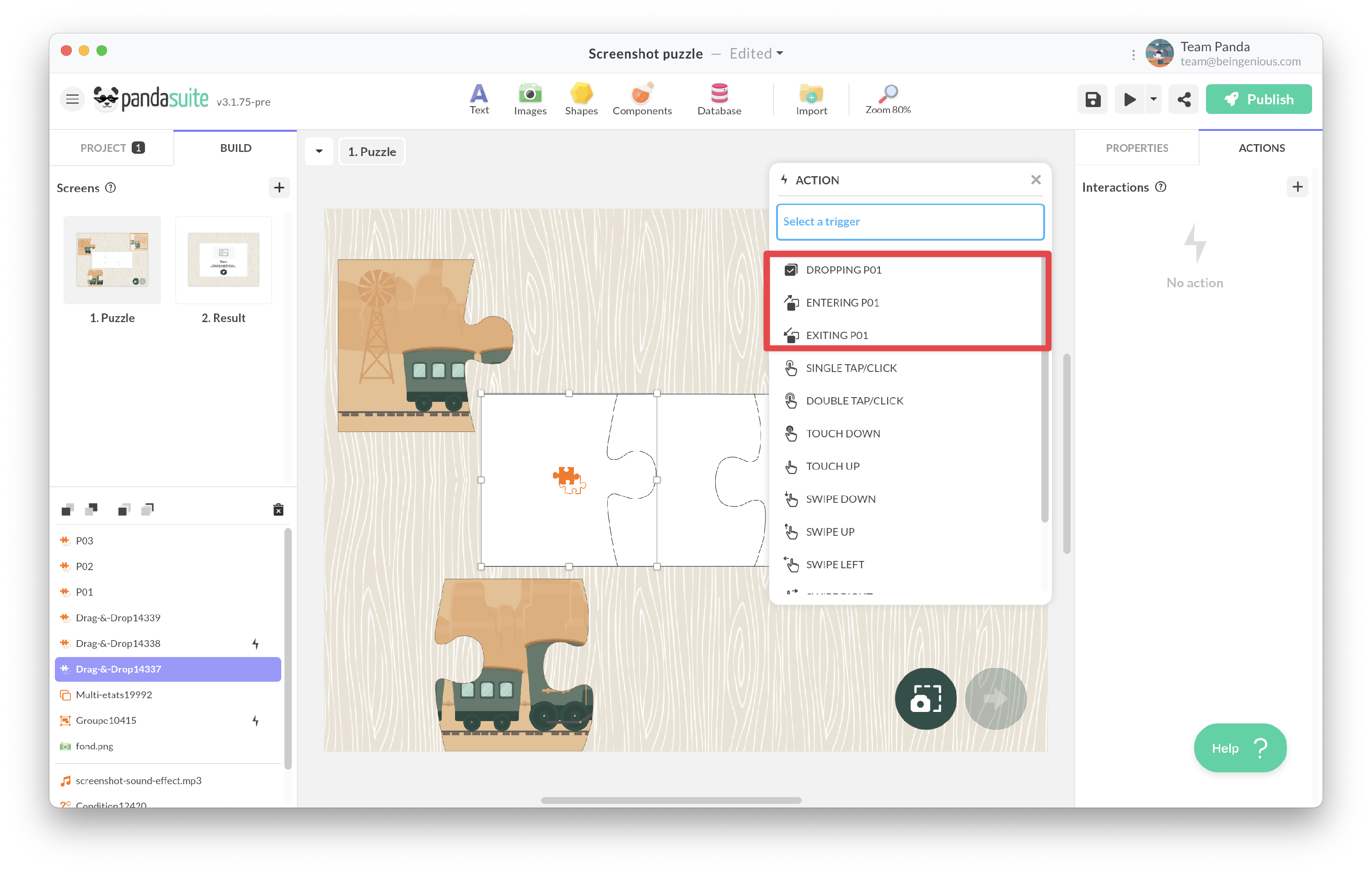 If your drop zone has multiple associations, these three triggers will be available for each draggable object.

To add an action to remove one or all draggables, select your trigger (e.g. a button) > Interact with a component > Drag & Drop {the drop zone}.

You have the choice of. Remove all draggables or Remove one draggable. 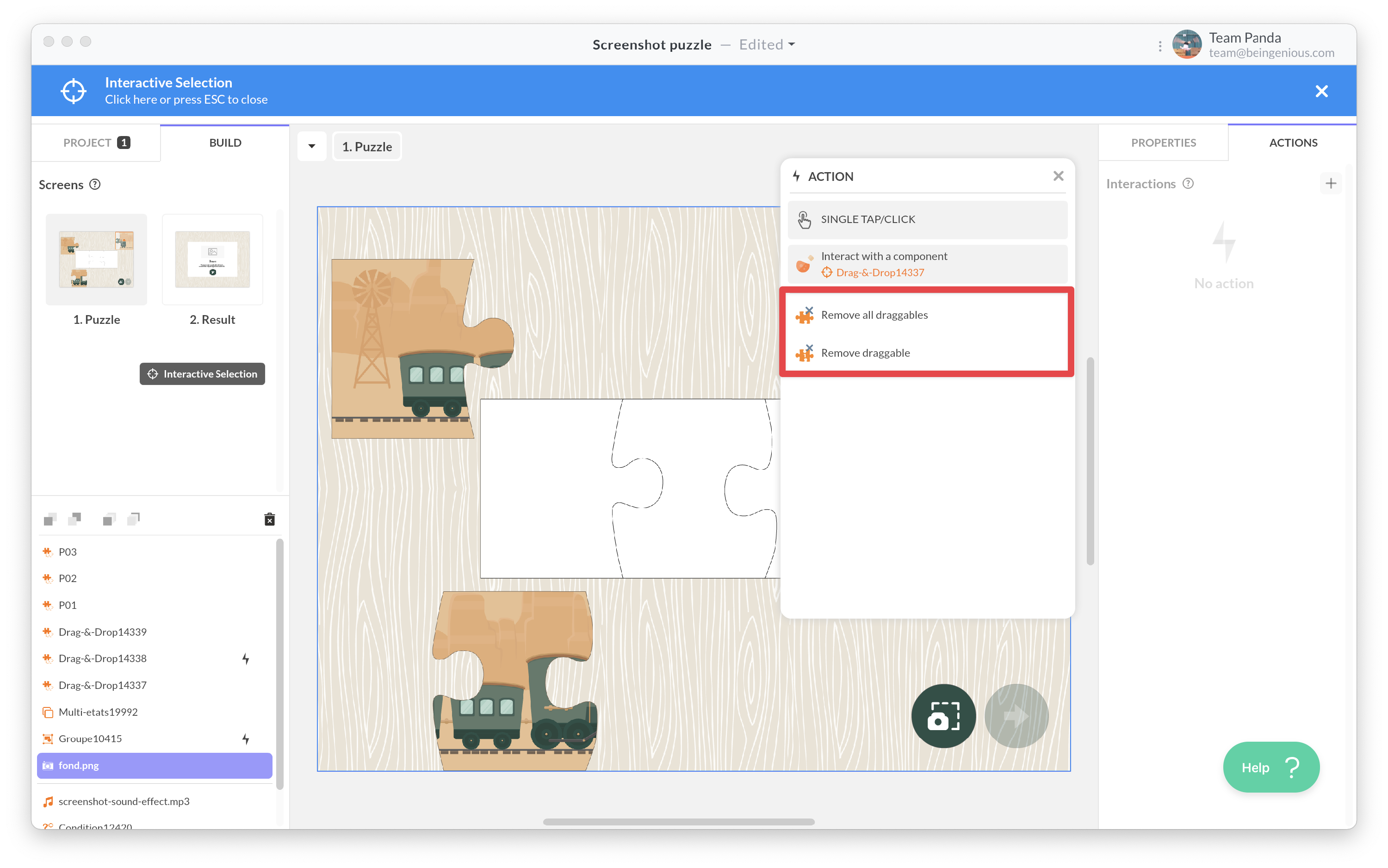